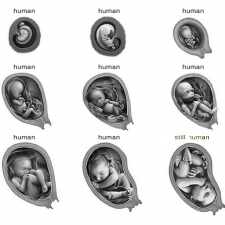 New motion to recognize ‘equal dignity of every human being’

Stephen Woodworth, Member of Parliament for Kitchener Centre will table another Motion to focus on legal recognition of the equal worth and dignity of every human being. Here’s what other sources are saying about the motion: Motion 312 Next Steps Woodworth: Kitchener constituents ‘overwhelmingly’ support motion Tory MP Woodworth will table new motion to recognize […]

on February 25, 2013 by admin Parliament, Science Leave a comment

By: Declan Ganley Re-printed with permission from the Irish Independent “We’re stepped out upon the world’s stage now – the fate of human dignity is in our hands.” With the words above, Steven Spielberg’s Abraham Lincoln faces his cabinet down and reminds them of the challenge facing his bleeding nation. He insists that they take a […]

The 2013 March for Life theme is: “End Female Gendercide – It’s a girl should not be a death sentence.” In some countries, abortion is being used to conduct a war on baby girls. Once thought to be a problem only in far away lands, the Canadian Medical Association revealed in 2011 that this barbaric […]

Jonathon Van Maren: The rarity of late-term abortions is not an argument in their favour

Special to National Post, Feb. 12, 2013 There is something particularly insidious about the “new” argument being presented by the defenders of Canada’s abortion status quo. In response to the revelation that babies in Canada are sometimes born alive after failed abortion attempts and left to die, abortion activists are now claiming that late-term abortion […]

OTTAWA, December 6, 2012, (LifeSiteNews.com) – Prime Minister Stephen Harper’s office says the Conservative government will oppose a motion calling on Parliament to condemn sex selective abortion. Motion 408 was filed in September by Tory MP Mark Warawa (Langley) in the wake of a January report in the Canadian Medical Association Journal that called for […]

PETITION TO THE ASSEMBLED HOUSE OF COMMONS ON SEX-SELECTIVE ABORTION Whereas sex-selective abortion is a reprehensible practice that targets baby girls for female gendercide and represents discrimination against women in its most extreme form; And whereas the Canadian Medical Association Journal (CMAJ) revealed that the targeting of baby girls for sex-selection termination is indeed taking […] 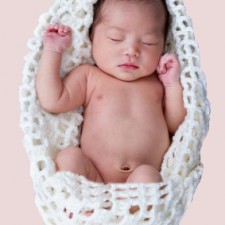 Motion 312 – The Second Hour of Debate September 19th, 2012 OTTAWA, Ontario ― MP Stephen Woodworth, Member of Parliament for Kitchener Centre this week made clear his hopes for Motion 312. Motion 312 proposes a 21st century look at Canada’s current 400 year old definition of human being. In preparation for the 2nd hour […]

‘I will fight ‘as long as I have breath’

on September 18, 2012 by admin Parliament, Science Leave a comment

The following story is from LifeSiteNews.com In the few days leading up to the second day of debate on Stephen Woodworth’s historic motion to debate the personhood of the unborn child in Parliament this Friday, the Conservative Member of Parliament says he will continue to fight for the principles underpinning his pro-life motion “as long as […]

The second hour of debate for Motion 312 has been postponed until the Fall. Please e-mail or call your MP TODAY and ask them to vote in favour of Motion 312! To find out where your MP stands on life and family issues as well as contact info for your MP, click the link below! http://www.campaignlifecoalition.com/index.php?p=Federal_Candidate_Evaluations