Motion 312 – The Second Hour of Debate 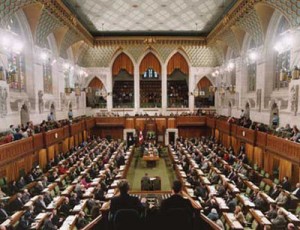 September 19th, 2012
OTTAWA, Ontario ― MP Stephen Woodworth, Member of Parliament for Kitchener Centre this week made clear his hopes for Motion 312. Motion 312 proposes a 21st century look at Canada’s
current 400 year old definition of human being. In preparation for the 2nd hour of debate and final vote, he is making a final plea to all supporters of Motion 312 to make their views known.

In meeting with journalists, Woodworth delivered a passionate argument identifying important questions he would like Canadians to address.

Woodworth hopes for a constructive second hour of debate following seven months of preparation including dozens of interviews and speaking engagements.

“Although there is significant support among MPs for Motion 312, it does not yet approach 50%. Consequently I’m keeping up my efforts, and ask others to do so too” said Woodworth. “Tens of thousands of Canadians have expressed their support for Motion 312 and I hope that this support will also be reflected in Parliament at the vote.”

The second hour of debate on Motion 312 will occur on Friday, September 21st, 2012 at 1:30p.m. followed by a final vote on Wednesday, September 26th, 2012. Woodworth also encourages Canadians to visit his website at www.stephenwoodworth.ca for more information about Motion 312.